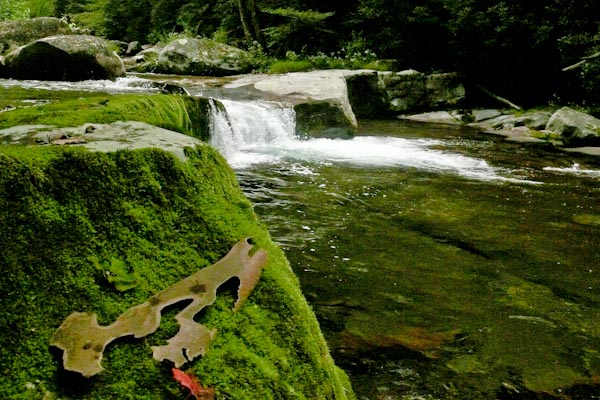 We are looking at opening a scaled back version in Cosby near the T junction. We will probably start out with a tent to gauge interest from the folks passing by. We are looking to set a shared type of setup, perhaps working with the  EaglePoint ministries so we share the burden of manning it. Unfortunately the economical conditions have impacted reduced the amount people are spending this year, so artwork seems to come off the top of the optional expenses list.

But that also translates into more time to shoot. I joined the Photographic Society of East Tennessee http://pset.org/ this week. Seems like a pretty good bunch with a wide range of experience. One of the assignments for this month is to pick a subject and shoot it 24 different ways. So I think I will do the memorial tower across the street from the house. I may have missed the best moonlight to shoot by though. I’ll have to see what it looks like in the next couple weeks. I went over to talk with the guy whose property I’ll be shooting from to let him know that the weird lights in the middle of the night over there are not aliens, just a local shutterbug. So the plan is to shoot it as a sunrise, sunset, late afternoon glow, moonrise/background, night shot with light painting, nighttime panorama, nighttime long exposure next to the tower to capture the rotation of the stars, etc, etc. Should be a good project. I’ll post some of the results when I get them  done.

We got about 1 1/2 inches in Newport by the hills, Cosby was getting quite a bit when I came through there. Gatlinburg looks like it got about an inch or so, but the sun is already coming out so it won’t last long. Kinda nice going from not even needing a jacket yesterday to a nice coating of snow today. Mount Leconte is reporting 4 inches on the ground, no report for Newfound Gap. The road through Newfound Gap is closed but according to the GSMNP road report the other roads are not mentioned. I did notice that the foothills parkway east was closed when I went by there this morning. If closed the roads probably will be open later today since the roads are warm and the sun is out. The rest of the week looks fairly mild. I just wish I could have gotten out this morning to do some shooting, but alas, duty calls.

My next challenge is still working on the intimate panorama. Trying to minimize or eliminate the distortion that tends to make the curve away from the center of the image. This is not too noticeable on the grand vistas, but in close it will make a straight stretch of river “bend” away from the center of the image. Trying to use the “perspective” setting when stitching the images together in CS3 has not yielded good results.  A straight log in the foreground will bend through about 145 degrees so I get a U shaped log. Anyone know of a good program that helps with this. I may have to go to manual stitching and try to align the images and the resizing to see if that helps.

Thursday is the monthly meeting of the Photographic Society of East Tennesse which I am looking forward to joining. It may be the only meeting I get to make this year, depending on what is happening with the gallery, but I look forward to meeting some of the local shutterbugs.

Time to get back to work, I am updating the website to allow customers to upload photos so I can print them for them, but the update has been proving to be one of the more stubborn updates I’ve done to the site.

Have a great today,

We just had a couple of days with single digit lows, cold enough for here, but it definitely beats the 25 below in Aurora, IL. I think I can live with this. It was nice to get out and get a couple shots yesterday morning. I haven’t done any below freezing work lately. I stopped at Noisy Falls on the way to Pigeon Forge for the Smokies Wilderness Week. The cascade was pretty much frozen over with just a few spots where you could still see the water flowing. It had some nice formations on it, but the falls are a pretty busy scene so in the shots of the whole cascade its kinda tough to find something for your eye to rest on. Shooting the 100 to 400 yielded some not bad close ups though. I’ll have to see what they look like after a little processing. For some reason I decided not to shoot a vertical panorama of it, settling for straight hdr shots. I was there in mid day so I was also shooting into the sun which may or may not yield a decent image. I don’t think I’ve done an extensive HDR shot with the sun in the image yet, so I will have to see how that turns out. I did a 6 shot HDR at 1 stop increments, so hopefully I can cover the range and maybe get a decent fire and ice kind of theme. After about 1/2 hour though the battery in the camera died, and the backup did not have much charge to it, so its time to take the batteries out of the camera bag and put them in my coat pocket so they will stay warm. I was out to big creek a couple weeks ago practicing the HDR panoramic technique, and shot a 10 shot pano x 3 shot HDR for a 30 shot composition. That’s a lot of fun to process. After processing each of the 10 shots for the HDR, I have to split the photomerge into to 2 5 shot batches and then merge those together. I’m only getting 3 gb memory on my main computer so photoshop was choking on me. The resulting image was 2.8 GB, but once I flattened and cropped the image it was just under 2 GB. If I decide to print it, at 24 inches tall it will be roughly 6 1/2 feet wide. It may make a decent canvas. It covered about 270 degrees at Midnight Pool so it covers the area before the pool with the interesting tree roots, all the way around to the downstream view of Big Creek. Right now I’m mostly trying to get a good handle on the technique, so that when spring hits I’ll be comfortable with it. It’s a lot of fun seeing what the camera can do, but it does require quite a bit of backend processing.

Todays forecast calls for a decent chance of snow later and tonight, continuing through Monday and a slight chance Tuesday. Accumulation will probably not be more than an inch in Gatlinburg, although they could get 2-4 inches around Newfound Gap. We did have some freezing rain in the area last night so 321 north of Gatlinburg was pretty slick early this morning, although it was mostly gone by the time I went through it. There were quite a few areas around that had slick roads, with I-40 being closed for a while west of Knoxville.

If possible plan ahead for next year to catch Wilderness Week in Pigeon Forge. It is a great event with lots of info on photography, music history,  and everything Smokies related, including classes on dowsing! And its free! Its tough to beat this one.

Have a great day! And keep on clicking.